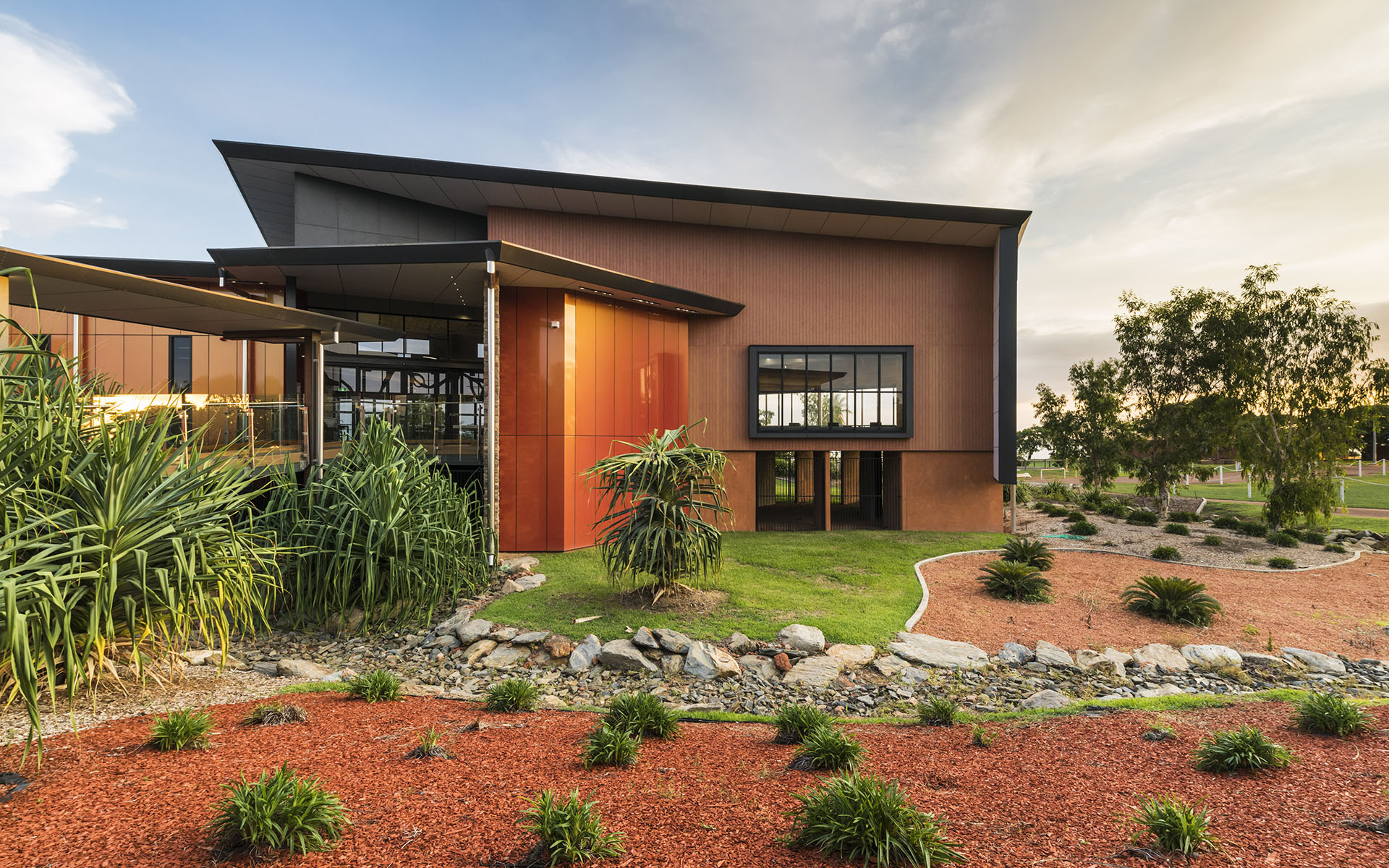 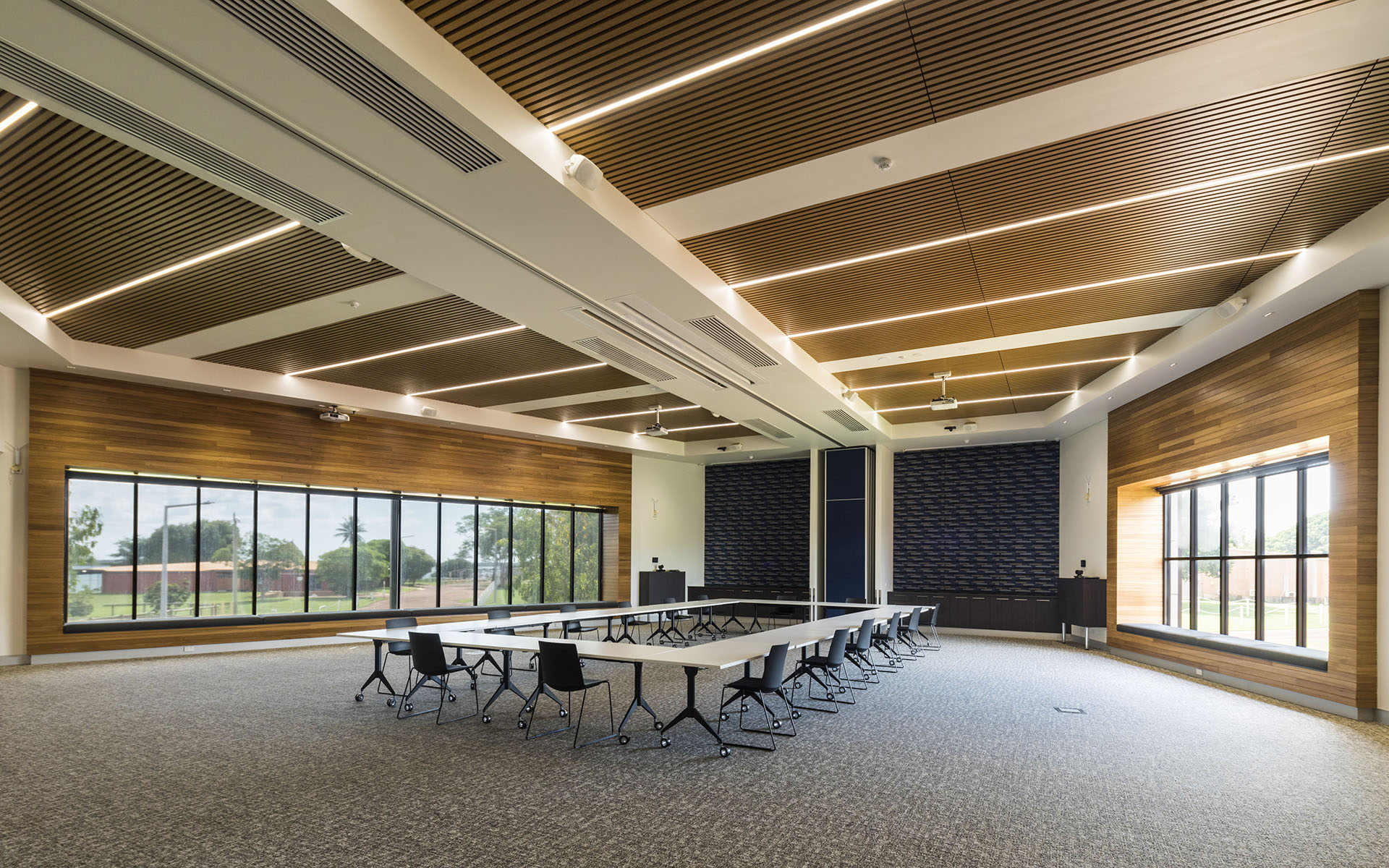 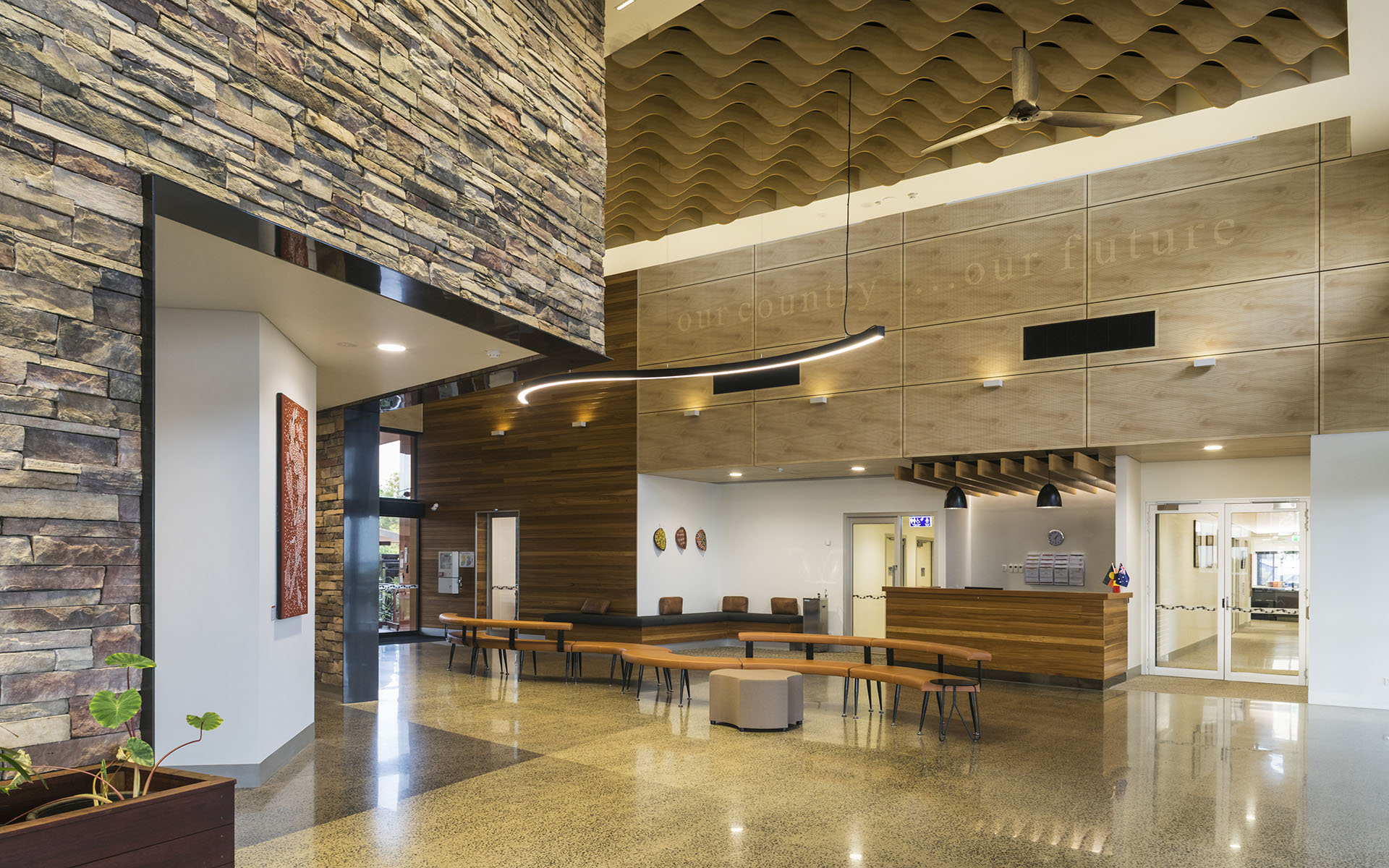 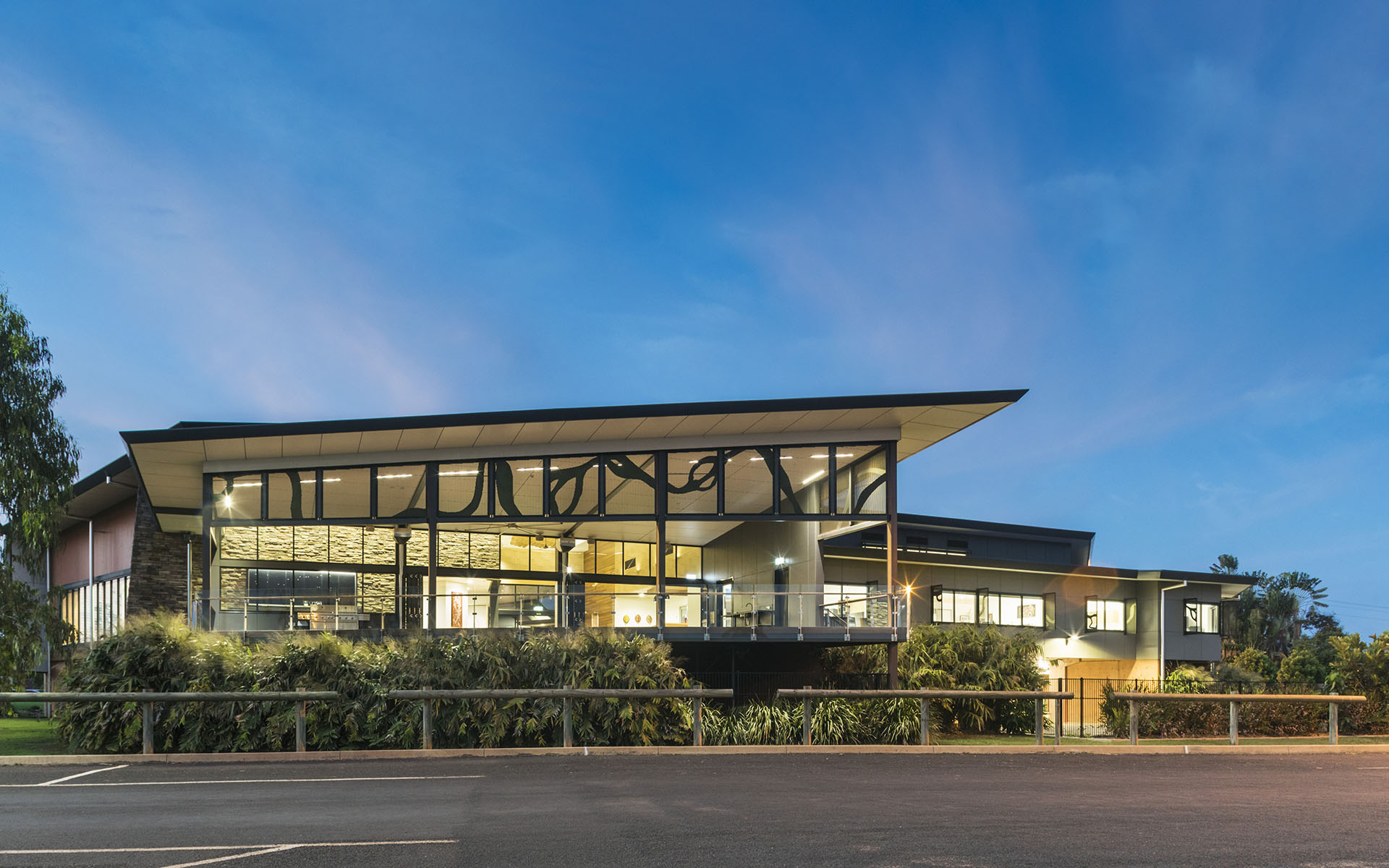 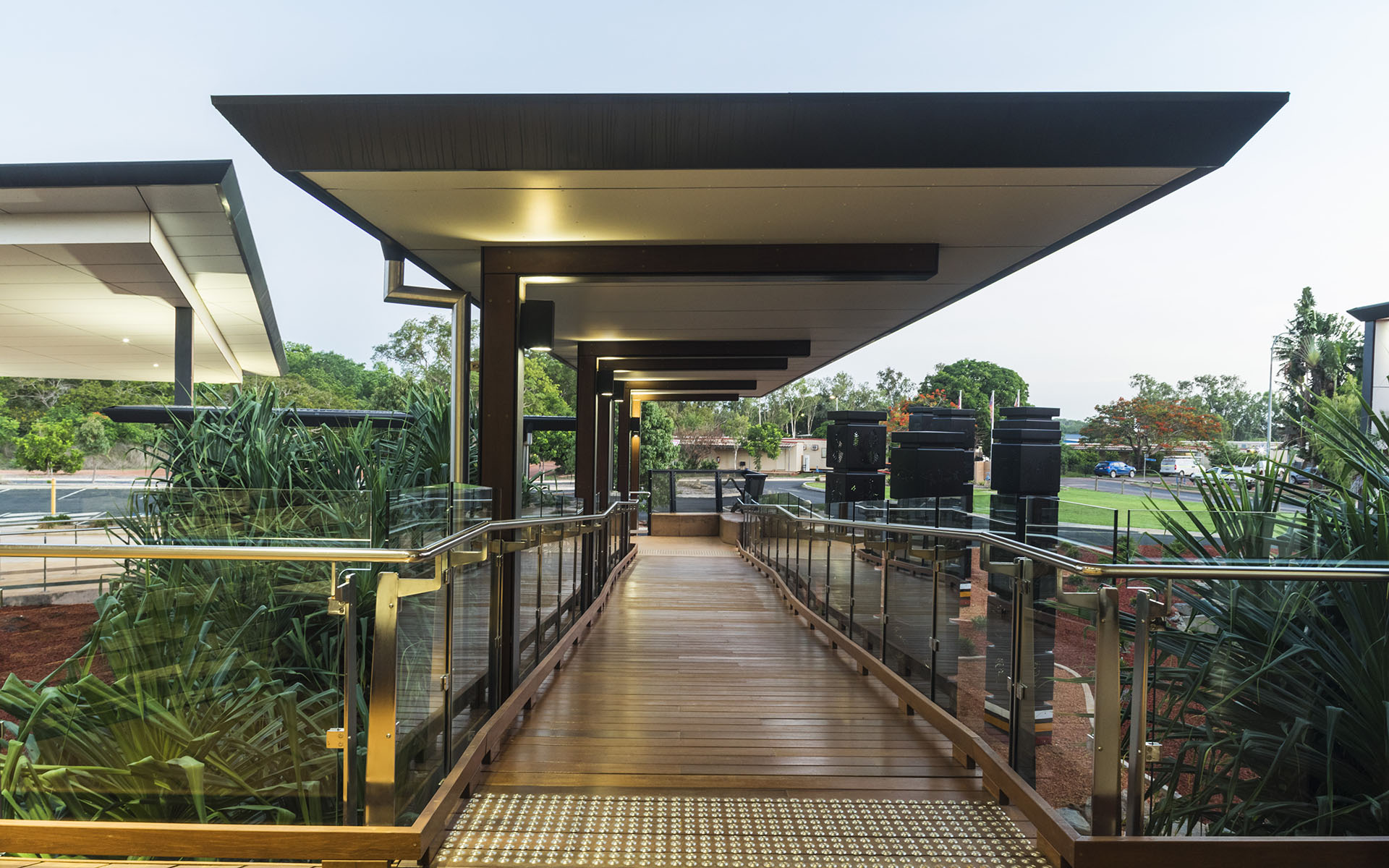 The Western Cape Communities Trust (WCCT) administers the affairs of a number of Sub Trusts within the western Cape York region of Far North Queensland.  Eleven Traditional Owner groups are represented by the WCCT.  The WCCT entered into an Indigenous Land Use Agreement with bauxite mine operators Comalco in 2001, then later to become Rio Tinto. This agreement was established to provide for the prosperity and opportunity for traditional people, their places and culture.

The WCCT had long aspired to construct an administrative centre on culturally significant land at Evans Landing on the Embley River in Weipa.  The development was to facilitate the core functions of the Trust; namely a place to ‘Meet’, a place to ‘Keep’ and a place for ‘Business’.  Clarke and Prince Pty Ltd Architects were engaged as Principal Consultant by Aecom on behalf of the WCCT.  Extensive consultation with the respective traditional owner groups provided the fundamentals for the design concept. Connection with the earth, sea and sky were key themes that emerged from the consultation.

The site for the Administration Centre is just over 2 hectares in area on the northern side of the Embley River.  The Administration Centre occupies the most eastern end of the site with the balance of the property master planned for subsequent development by the Trust.  The building is approximately 1600sq.m. and includes a generous Lobby space and Deck for civic undertakings, a large Board Room able to host up to 80 Indigenous Directors and Members, an Office wing for up to 20 staff and a number of storage areas for administrative and cultural items. Entry to the building is via a walkway and ramp that meanders through a garden with sculptural representations of the 11 traditional owner groups totems.  From the building entry and within the meeting and office areas there are extensive vistas over the river.  The building has an irregular floor plate and faceted elevations intended to address existing site constraints and distinguish the building from conventional non-indigenous architectural forms.